The only Pointer Dual Champion recognised by the K.C.*

​Owned by Peter and Geraldine O’Driscoll 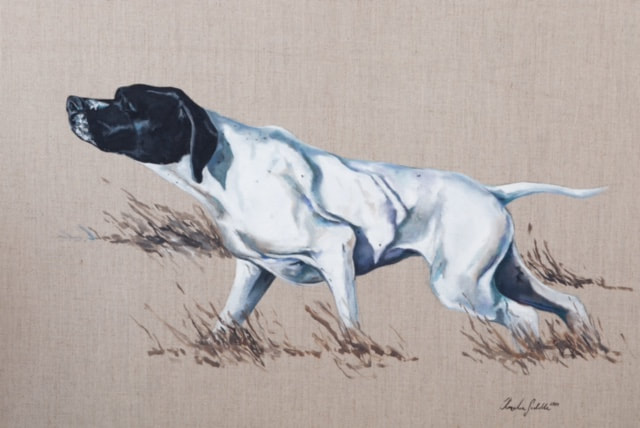 Slezak was bred by Geraldine O’Driscoll who handled him to his Show Title gaining his first CC at 15 months and his title the following year.

Trained and handled in the field by Peter he gained his first award in 1993 and his title at the Pointer Club Open Stake at Reeth in 1995. He won on Partridge and Grouse and was a much valued shooting dog working the Scottish Moors for guns from all over the world. He was also a remarkable retriever.

His sire was of mainly Del Vento breeding and imported by the falconer Stephen Franks of Embercombe fame. He came to Fowington and was trained and handled to his F.T.title by Peter.
His dam was of mainly Crookrise breeding bred by Sharon and Steve Lound. Geraldine handled her to Ch show wins and a FT award.
Slezak had two sisters, Fowington Electra of Fleetstalk who became a FT Ch for Steve and Sharon and Fowington Santusa who also had Ch Show and FT awards.

Slezak lived a long, happy and healthy life as a treasured family member and died a week short of his 15th birthday.

*’Ben of Bobbing’ was the last Pointer Field Trial and Show Champion in 1923, but his Dual achievements were not recognised at that time.
It is thanks to Wilson Young that the the Kennel Club did eventually recognise the Dual Champion Status. 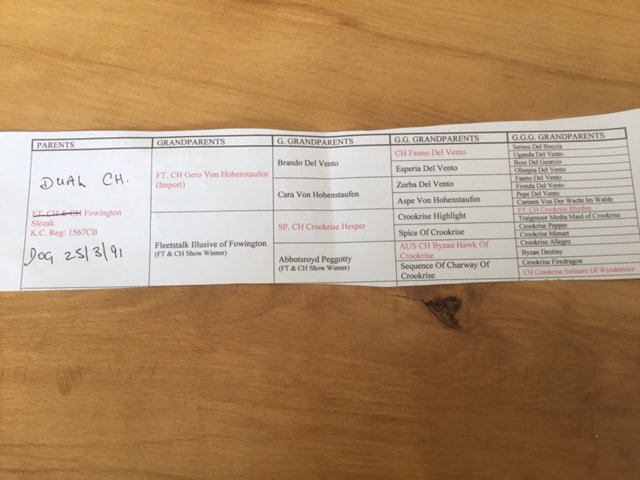 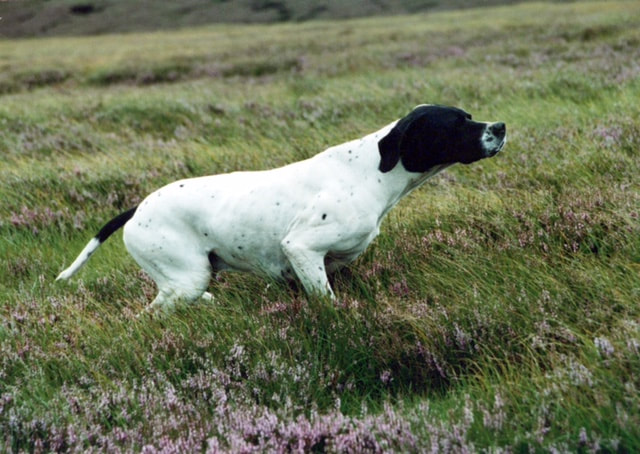 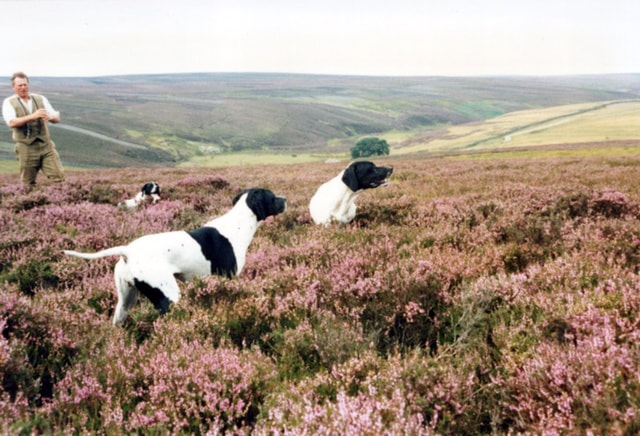 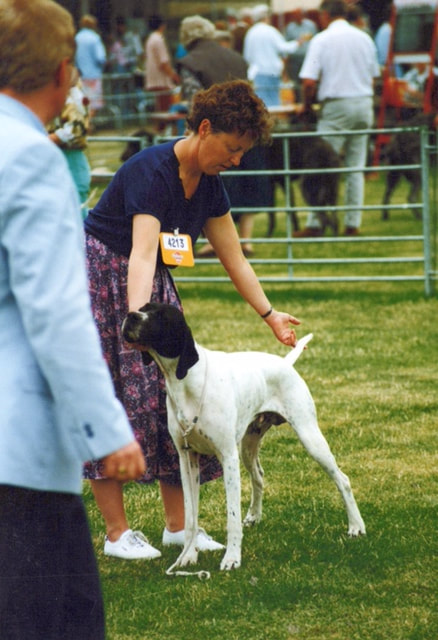 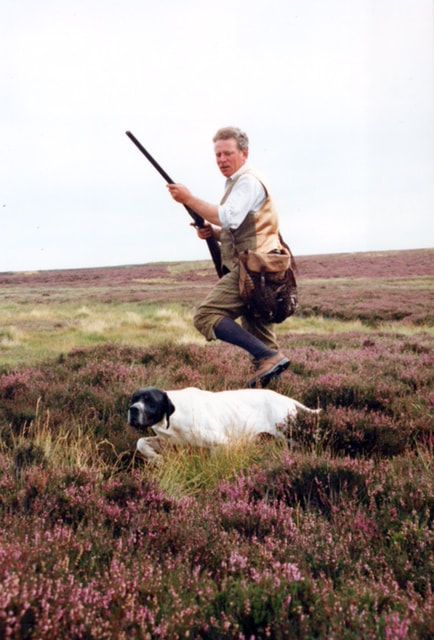 Slezak with Peter on a shooting day
​